Oh my goodness, it's a new Checks album! 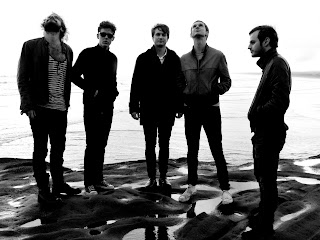 CANDYMAN SHIMMER is the explosive first taste from the forthcoming longplayer from The Checks and you can download it right here, right now for a limited time only: www.thechecks.net
"CANDYMAN SHIMMER is really all about you and your stinking mate in a clapped out 1.3 litre Fiat Uno chain smoking cigarettes hooning past two slick fellas in expensive suits cruising the motorway in a silver Porche.  You pull your blue jumper over your eyes as you boost along and think about the Barbados coastline.”
THE CHECKS - 11 /11 / 11
The Checks played out their brand new set of material from the forthcoming album over the weekend in Auckland, the response: rapturous…
Keep an eye on www.facebook.com/thechecks for details as this week The Checks will perform their brand new set at the Kathryn Wilson Fashion Show, Friday 10.30pm (free entry to the public). Secret central Auckland venue will be announced at later in the week.
Posted by Rhythmethod NZ at 4:22 PM No comments:

Email ThisBlogThis!Share to TwitterShare to FacebookShare to Pinterest
Labels: Candyman Shimmer, The Checks

Have You Seen This Cat? 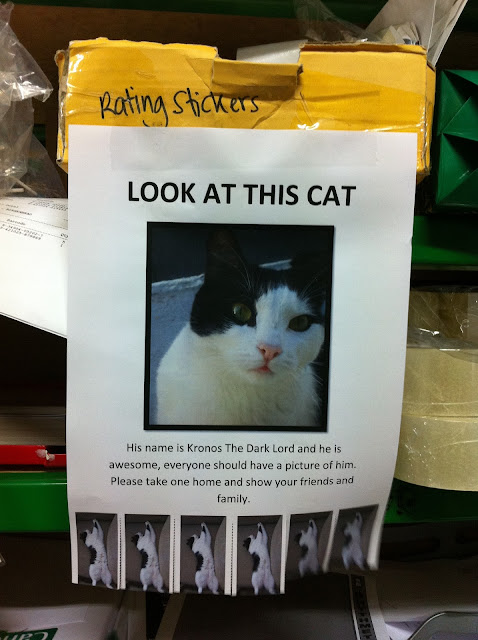 Posted by Rhythmethod NZ at 4:24 PM No comments:

Email ThisBlogThis!Share to TwitterShare to FacebookShare to Pinterest
Labels: Cool Cats, Found in the Rhythmethod Warehouse, Kronos, The Dark Lord

The War on Drugs vs Shabazz Palaces

We're not really into fighting, so we gave The War On Drugs and Shabazz Palaces equal billing on next week's release sheet.

The War On Drugs is Adam Granduciel, Slave Ambient is the second album, and it's a brilliant sprawl of rock n roll via Secretly Canadian.  "I really like it", says Sales Guy, "it's kinda Springsteen."  Listen and watch over at SC.

Shabazz Palaces Black Up is out on Sub Pop.  The project is lead by lyricist Ishmael Butler aka Palaceer Lazaro, formerly of Digable Planets and Cherrywine.  Bold, experimental, cryptic and dark, it's going straight into the RM staff car player (well, it will, as soon as that vehicle's returned from the panelbeaters).


Posted by Rhythmethod NZ at 10:02 AM No comments: