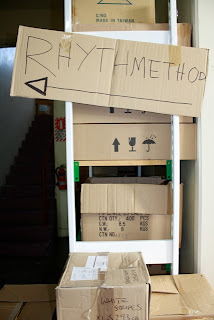 Rhythmethod Hits 10 Year Anniversary on Record High
Independent music distributor Rhythmethod was established by Peter Baker in a cold, windowless suburban garage equipped with little more than a dial-up connection and a wheezing fax machine.  Ten years on, the fax machine is no more and his company is delivering some of New Zealand’s best, chart-topping musical talent – Fat Freddy’s Drop, Tiki Taane, Ladi 6 and Shapeshifter to name just a few.
And add to that stellar list the international names such as the White Stripes, Radiohead, Fleet Foxes, Bon Iver, Interpol and a rather popular British lass called Adele.
For Rhythmethod the recent news that Adele’s album “21” is now New Zealand’s longest charting No: 1 album of any artist ever was the perfect anniversary present with which to celebrate 10 years.
Over the last decade, the company has sold 1.5 million CDs and LPs to retail stores and represented a diverse range of extraordinary local and international acts including OpShop, Cat Power, Dizzee Rascal, Gotan Project and Flight Of The Conchords but local music has always held a special place in its heart.
Peter says of all the albums sold over the last 10 years, 50% were albums from NZ artists.  To date the company has returned over 9 million dollars in royalties back to NZ artists, which is something the team is pretty chuffed about.


"From the beginning I idealistically wanted to provide an independent service for artists, retail and media - and that's what the team has ended up doing.  I was enormously inspired by Tony Wilson of Factory Records fame.  So we were aiming for one part Tony Wilson, one part Peter Saville, one part Rob Gretton and one part Alan Erasmus and 10 years later, the influence of those four parts is still evident throughout the whole business."
Any overview of Rhythmethod would be incomplete without mentioning the phenomenal success of Fat Freddy’s Drop, a group who has been with the company from the beginning, and who has captured the imagination of the NZ public 2006.
Fat Freddy’s Drop has the longest charting Number One album of a New Zealand band ever and their debut studio album Based On A True Story is one of the biggest selling NZ albums of all time, passing eight-times platinum sales (134,000). A fixture in the NZ Top 40 Album Chart since its release in 2006, the album shipped gold (7,500) on the day of release and debuted at number 1, which was a first for any local independent distributor.
But the platinum sales are also mounting up for others on the Rhythmethod roster. Look no further than the Flight Of The Conchords’ self-titled album, The Black Seeds Solid Ground, Tiki’s Past, Present, Future album and Shapeshifter’s System Of A Vampire album; as well as gold sales for Shapeshifter’s Riddim Wise and Live albums, Sola Rosa’s Get It Together and Little Bushman’s Onus Of Sand.
Amongst the accolades Rhythmethod has never lost its heart, championing many small and diverse NZ artist and labels whose releases may have never seen the light of day without the backing of Pete and his team.
“For us the most rewarding and exciting aspect of being an independent distributor is helping artists realise their goals.  That’s always been our intention and I imagine it’ll stay that way for the next ten years.”
RHYTHMETHOD
02/10/2001 -
Posted by Rhythmethod NZ at 9:56 AM No comments:

Email ThisBlogThis!Share to TwitterShare to FacebookShare to Pinterest
Labels: bands we like, Celebrations, hot chips, the longest one ever 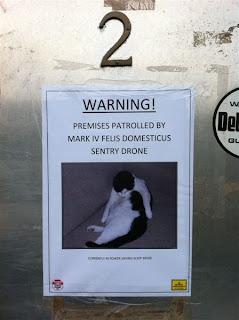 Posted by Rhythmethod NZ at 8:57 AM No comments: