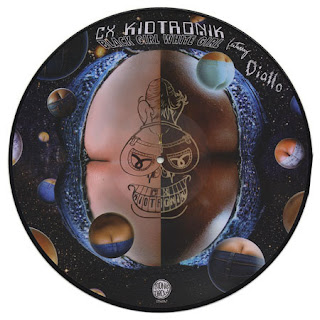 Record of the week:  CX Kidtronik Black Girl, White Girl.  Kidtronik had the Big Girl, Skinny Girl anthem on the Stones Throw 2K8 soundtrack. This piece is limited to 1000 copies worldwide, and comes with a CD.  Best show the other (A) side too: 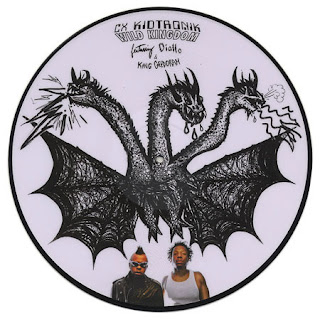 Album forthcoming.
....................
We're liking the latest from Hardly Art:  the Unnatural Helpers album Cracked Love and Other Drugs.  15 songs, 25 minutes. Rockin.
....................
Here at Rhythmethod we enjoy a good reissue.
So we decided to release some:
Spacemen 3 - Sound of Confusion
Originally issued in 1986, this is the debut
Jawbreaker - Unfun
The 20th anniversary edition of their 1990 debut
Claude Von Stroke - Beware of the Bird
Collects the original 2006 album and remixes which followed
Michael Hurley - Armchair Boogie
Back in print!  Reissue of the 1971 album with new back cover
.....................
And Friday just wouldn't be Friday unless we were eating.  Not just any old takeaway slop day either.  This was Fair Trade Friday.  We started changing the world one cup at a time. 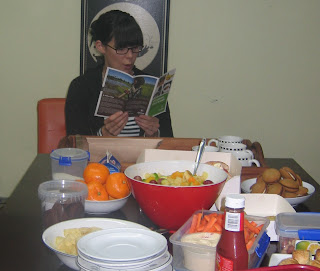 Fair Trade coffee and chocolate, fruit and...carrot sticks?  Hang on, what about these bad boys: 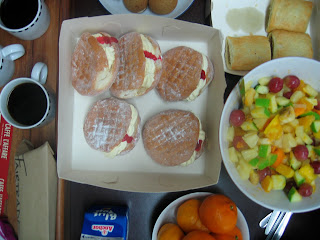 That Mr P Baker, he's a great cook.
Posted by Rhythmethod NZ at 10:21 PM No comments:

The Death of Hot Chip Friday Just when we thought we had one of those traditions going someone went and bought a bloody pizza.  We still had sauce with it though.

We've been well-fed this week.  The upstairs salad and potato chip binge continued.  Broke out the cheese and bread midweek.  Didn't lack for wine either.  The Ode contingent served themselves homemade leek & potato soup.  The mocking continued for days.  (They know you're just jealous sales guy. Parp! Sick of those baked beans yet?).  And we discovered there was a giant mouse in the house.  Best keep an eye on that cheese...

Records? One or two good ones kicking about:

The National - High Violet
Yes, indeed worthy of another mention. Rog reckons it sounds like The Boss, and that's more than ok.

Holy Fuck - Latin
Psyched out and loop-heavy, and shit, look at that die-cut cover on the vinyl, and the CD, but the vinyl is just that much bigger and cooler.

The New Pornographers - Together
AC Newman and co joined by Zach Condon of Beirut, Annie St Vincent Clark and Will Sheff of Okkervil River?  Yes please.

The Hold Steady - Heaven is Whenever
Well, it's that The Boss thing again, alright.

Unkle - Where Did the Night Fall
And you thought there were heaps of guests on the New Pornographers album?

Nightchoir - 24 Hours of Night
Their debut on famed local label 1157, this is one beautiful record.

Avi Buffalo - Avi Buffalo
Debut for this LA bunch, out on Sub Pop, hype a-plenty, we believe it.

Madlib - Medicine Show #4 The 420 Chalice All Stars aka Son of Super Ape
79 minutes of all Jamaican sounds, special artworks, this is Madlib's fourth album in the one-a-month compilation/original release schedule for 2010.  Getting excited about #5 already...

Posted by Rhythmethod NZ at 10:01 PM No comments: 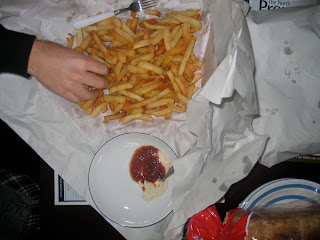 Thanks Alligators for the crispiest chips and the giant bits of fish.

Too far to walk to for even for the fittest and speediest amongst us, so on ya sales guy for hooning down the road and rescuing us from a barely-warm-chip Friday.

Thanks also to Rog for the leftover booze, some tasty drops indeed. No thanks to the soggy donuts for pudding though. Maybe some lamingtons next time? But you made up for it with the homemade tomato sauce. Beats NZ's favourite by about seven million miles.
Our Friday wasn't all greasy wrappings, crumbs of batter and empties though. Got a shipment in, and round here it's always a race to be first to open the boxes. Inside we found...records. Lots and lots of vinyl. Of the reissue variety. These will be appearing on a release sheet soon:


The Dead C - Clyma Est Mort / Tentative Power
Reissued by Jagjaguwar/Ba Da Bing, the sticker says Clyma "was recorded live in the band's practice room in 1992 to an audience of one - and released as a "fake bootleg" - it is the real-est album of the Dead C's long career". This double gatefold comes with Tentative Power, a bonus 12" with seven extra tracks from contemporary singles and out-takes. And since that stuff's never been on CD, they put one of those in too.
The Dead C - The Dead Sea Perform M Harris 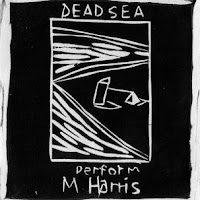 Stealing from the sticker again: "First ever recordings by the Dead C from 1987, made in their first month of existence. Two epic versions of Max Harris that will screw your head to the floor. Released as a cassette in an edition of 21 and subsequently never available together as originally intended, this is the first vinyl release of these historic tracks". Has one of those digital download thingys too.
We also found some items from decent reissue label Drastic Plastic:
The Meatmen - War of the Superbikes: "One of the great summer albums of all time" say our friends at Revolver USA.
Agent Orange - Living In Darkness: "The greatest skate-punk record of all time" say the Drastic people.
Crispy Ambulance - Plateau Phase: "Their best record" says their biggest fan P. Baker.
Exploited - Punk's Not Dead: "The album earnestly delivers one of the great, sincere and authentic performances in its genre, projected the Oi! movement forward with fangs and aplomb." (thanks, again, Revolver).
These Drastic Plastic releases are all 180 gram limited editions.
And an album from office favourite Michael Hurley turned up. Armchair Boogie was originally released in 1971, and this re-mastered version is via Mississippi Records.
That was just the first box friends.
Good listening times ahead... 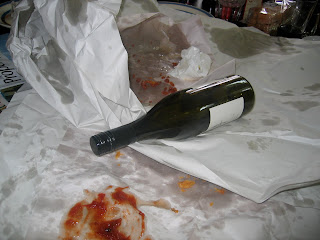 Today's hot chips came from our closest fish and chippery. We like this one. Walkable, quick, not too greasy, generous portions.

The soundtrack to this Hot Chip Friday:
Katie, screaming for the lost Gooch while High on Fire.
Lu not eating hot chips but liking Surfer Blood.
Jo wrestling with cardboard packaging all day to bFM.
Pete & Sandra fighting over the ideal box to ship that order in with the new National album "High Violet" blaring.
For Rog it's been all about Mr Corelli in London. Maurice Steger plays mean recorder.
Gerry's day included The Hilliard Ensemble.
And Dave's been stuck in his room with a pile of unsolicited demos.
(Lio was on the road so we imagined his lunch was a lonely panini at the mall food court with piped background muzak...)
Posted by Rhythmethod NZ at 9:27 AM No comments: